Camp Essayons (Deactivated) In July Camp Essayons closed and preperations were made to transfer ownership of the facility to the Republic of Korea. This tranfer was completed 15 July http. Feb 08,  · Thanks for this information. I was sure that it was the 13th at Camp Essayons because a friend of mine had a letter I sent him and the return address was Company C 13th Engineers (Combat) Battalion 36th Engineer GP and I was at Camp Essayons when I mailed it to him. I believe Company A,B,C was stationed there. Camp Castle is one of a few bases still operating in South Korea. Camp Castle is located relatively near Camp Casey. A major highway splits the camp in two different parts. One covers the general facilities, the barracks, and the officers. Camp Essayons/Camp Stanley Camp Essayons was home to the 2nd Infantry Division and is deactivated.

We and our partners use Cookies and non-sensitive data to personalize your experience, measure audience and provide personalized advertising. You can consent to the use of this technology or manage your settings to fully control the data collected and processed. I can't find much info about the Camp. Lost all my pictures in a house fire in Nice picture.

I wish someone had a web page about the camp, so I could add a link to it on my web page. When I was in the area in , it was a Engineer unit there. Now closed. Found alot of good pics from Camp Stanley searching the web. I was surprised to hear all the camps are closing. I went to Ft. Devens, Mass. I always had a Korean photagrapher that ran around the camp take pictures. I had a ton of pics but the house fire took everthing. Was stationed from at Essayon. Had alot of great times.

Wish I could find some of the people I was there with.

I was at Camp Essayons from June to September My file says it was the 11th Engineers though but I sure do remember it being the 13th. I was in Charlie company in the middle of the compound. They tried to make me the company clerk the first week there. It didn't work out though because they found out it took me all day to do the morning report.

Still can't type worth a damn They put in the POL dump refueling equipment. I got to go everywhere but being new in country I don't remember every place. Even made it up by the DMZ once or twice. Some job site that wasn't far from some tanks that were doing menuevers or just playing Army!!!

A couple of them was low on fuel and asked me if I could fuel them. I did but got a butt chewed for doing so. I figured everything was painted green so what the heck. Fueled a fixed wing plane up by Casey once that was low on fuel and landed just South of the Camp Casey. He said he was spraying insecticide.

He said it was an air field but It looked like just an over sized road to me. Got my butt chewed for that also. The colors to the engineer battalion went state side and I was transferred acrossed Uijongbu to A company 51st Signal Battalion at Camp Piliaau. That is a very funny story in itself. Ended up in the supply room. Just destined to type I guess. If any one remembers which engineer battalion was at Essayons at that time let me know would you.

Trying to get records straightened out.

The 11th Engineer Bn was at Essayons and Stanley. I was departing Cp Stanley about the time you arrived at Essayons. Thanks for this information. I believe Company A,B,C was stationed there. Oh well they say the mind is the first to go Any way I found some recent pictures of the Camp and it sure has changed.

Where the POL dump was it doesn't even look as if it was ever there and the road out side the gate looks like a super highway. It was just a narrow dirt road when I was there. I am glad to see it has got better over there though. Thanks again!! I was in Korea 4 tours, at Cp Casey and Kaiser.

I really enyoyed the first 3, but not the last. Hey I just thought of some thing maybe you can answer for me since you were there all those times. When ever I went to Soul to exchange laundry and equipment while at Camp Piliaau I would go down I believe route 3 it was and I noticed a mound of dirt that was as long as you could see from the road.

When I questioned my civilian worker about it he told me that it was the civilian control line and it went all the way across the country and in the case of an invasion all citizens had to get south of that line because that was where it was intended to stop the invasion. I remember I thought it was just another one of the stories that was told to all the new guy's but I always did wonder about it.

The reason I asked him was because we seen a Koren helo spraying and it looked just like the one that sprayed all around Camp Essayons the month before and he said it was spraying to kill the foliage. I told him I was told they were spraying insecticides and he told me that the Americans spray the insecticides with planes and the Koreans spray to kill the foliage with helo's. It kind of fit because the helo didn't go south of that mound of dirt.

At that time any way. I always wondered about the story about the mound of dirt though because when I tried to find out from other GI's they didn't know anything about it. Maybe it was just one of those stories?

What you saw was the begining of a system of tank traps that go across all the valleys in Korea north of Seoul. There are several of them in rows from the DMZ down to Seoul. Some have tunnels in them, with fighting postions along them, and all have barriers at the roadway, that are to be blown if a invasion is in progress.

Here is a couple shots of one of them. Here is another. This is the type I saw the most. Dang if it isn't so! Those picture arn't exactly what I saw but they make more sense of things. I think the one I went trough all the time was tunnel like if I remember right. It must of been in process of being redone. Thanks that clears up a lot. Funny what pictures clear up of memories. I was in the air on my way back to korea and had orders to th.

BUT I was in the air when pres Pak was killed. SOOO I ended up at the planet. Only thing that made that place liveable was Downtime Inc. Anyone remember us??

Man i loved your pic of the front gate.. I once twisted my foot backwards coming off the ramp of a CH After a dust off back to Essayons, an ambulance took me to stanley. 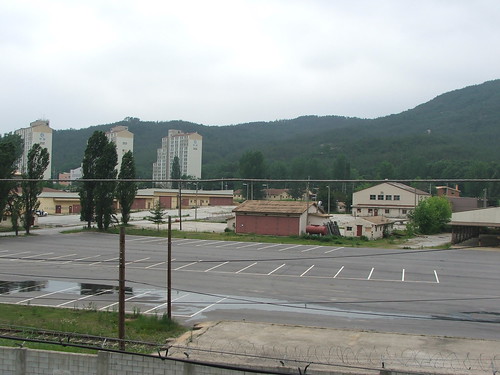 It may have been you man. Remember the "Business Girl" we ran into on the way there? Your side mirror hit her in the shoulder.. If anyone was there or were in B Btry on "the planet" about that time i'd love to hear from you I was in the air also when PAK got blown up F-4 Phantoms escorted us down I thought it was his wife that got killed?

Wow whats the chances of being on the same plane.

Do u remember Downtime and were u a member. Looking for old members. I remember Downtime I was not a member but I did run some with Doc. Crash, Dixie, Ozone and Rebel. I was there in 78 and Was at Camp Essayons from early 83 to late Especially with the slicky boys that the north sent down.

We were out and about, in the Chawron Valley highway 1. Also spent time in the river and swamps north of camp and patrolling that area-could we have been exposed to the defoliants that were used back in the seventies.

On the DMV they were spraying in Still remember going from covered position to an entire area of sand and rock on the ridges overlooking the valley.